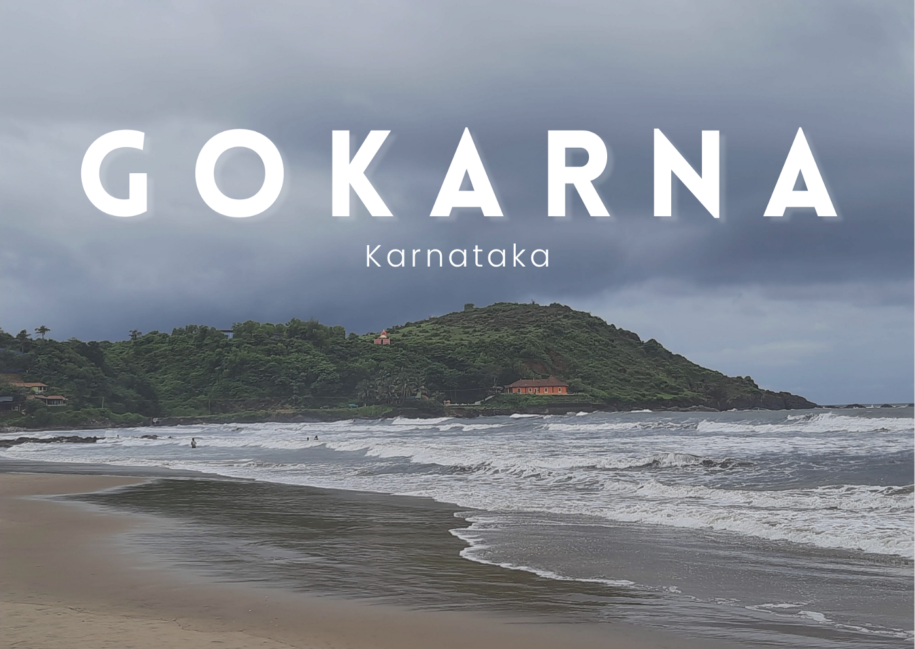 Posted by studio01productions on June 6, 2022 | Featured | No Comments

Gokarna beach is located at just about two hour drive from Kalavady Farmstay. Gokarna is a town on the Arabian Sea in Karnataka, India’s southern state. It is well-known among Hindu pilgrims for sacred locations such as Mahabaleshwar Temple, which houses a temple devoted to the deity Shiva.

All of the Gokarna Beaches exude a sense of serenity. The sandy beaches here are ideal for all types of tourists, with undulating waves, clear blue water, and palm palms surrounding the shore. The beaches at Gokarna, which are located on the Konkan coast, are ideal for a quiet, rejuvenating vacation, whether for nature enthusiasts, adrenaline junkies, or those seeking seclusion.

The trip up the winding road to Gokarna is beautiful, with the Arabian Sea on one side and the rugged mountains and Western Ghats on the other. The beaches of Gokarna are well-known. The major beach in Gokarna and Kudle beach are both west facing. South-facing beaches include Om Beach, Half Moon Beach, Paradise Beach (also known as Full Moon), and Belekan Beach.

The town’s shoreline is formed by the Gokarna beach, which is followed by the Main beach to the north, and the other four beaches to the south. Indian pilgrims are the main visitors to Gokarna Main Beach. Main Beach is a long, wide beach that is popular with surfers. Kudle and Om are about 6 kilometres from Gokarna town, located on a muddy hill that can be reached by rickshaw or on foot. Half moon and Paradise are located beyond Om Beach and can only be reached by boat or walking. Om Beach gets its name from the auspicious Om symbol that it is formed like. On weekends, local tourists go to Om Beach, which is organically fashioned in the shape of an Om. There are a few shacks and restaurants here, as well as boat transportation to nearby beaches.

Kudle and Om are about 6 kilometres from Gokarna town, located on a muddy hill that can be reached by rickshaw or on foot. Half moon and Paradise are located beyond Om Beach and can only be reached by boat or walking. Om Beach gets its name from the auspicious Om symbol that it is formed like. On weekends, local tourists go to Om Beach, which is organically fashioned in the shape of an Om. There are a few shacks and restaurants here, as well as boat transportation to nearby beaches.

Whatever your reason for visiting, whether it’s for escapes, retreats, or simply spirituality, Gokarna will enchant all of your senses with its immaculate beaches, stunning sunsets, enormous horizons, and massive sea.If you’re looking for peace and quiet in the middle of nature, come here to be surrounded by banana and coconut palms, sandy beaches, and the blue sea. Explore the beautiful water sporting alternatives if you wish to experience the vicinity to Lord Shiva.

Gokarna is a year-round destination due to its sub-tropical oceanic environment with a touch of Indian monsoon, depending on where you are coming from and what your intentions are. Between October and March is the best time to visit if you want to experience the grandeur and clarity. The rather warm weather (between 30 and 32 degrees Celsius) at this time of year provides natural comfort. April and May are the hottest and driest months of the year. If you want a unique experience, visit during the months of July and September to witness the splendour of monsoon showers. Sea waves alter beaches according to the season, thus each season offers a distinct heavenly experience in God’s company.

Different Gokarna beach you can visit are :

Gokarna Beach, one of Gokarna’s most prominent beaches, has recently garnered notoriety as a surfing destination. It is also well-known for the gorgeous hiking excursions that can be taken from here.
The Gokarna Beach, which is close to the Mahabaleshwara Temple, is also renowned as the spot where visitors gather to have a dip before visiting the temple. From here, you can travel to additional beaches in the area, including Half Moon Beach, Paradise Beach, Om Beach, and Kudle Beach. The views of the ocean and the adjacent hillocks from this beach are breathtaking. Surfing, jet skiing, snorkelling, and trekking are just a few of the adventurous sports available in Gokarna Beach. Among the

The beach, which is named after the auspicious symbol ‘OM’ in Devanagari script, is shaped in such a way that it resembles it. Om beach is one of Gokarna’s most beautiful and lively beaches, thanks to the many water sports and activities that locals enjoy.
From bumpy banana rides to fast jet ski rides, from hilly seaside hikes to spotting dolphins in the midst of the sea, OM Beach has it all. The beach is located between two coves that form the letter OM and is lined with shacks, cottages, and cafes for a relaxing vacation.

Beaches are great, but nothing beats a thick, verdant forest overlooking an endless stretch of the Arabian Ocean. Half-moon beach is one of those experiences where you can participate in a variety of sports such as swimming, kayaking, paddle boarding, trekking, camping, and so on.

Half-moon Beach is one of the beaches in Gokarna, and you can walk up to it in a gorgeous journey that begins at Gokarna Beach and takes you to all five of Gokarna’s famous beaches in one day. The shape of this beach, which resembles a half-moon, gave it its name.

Kudle Beach is one of Gokarna’s most well-known beaches. It has a lengthy stretch of fine sand and turquoise sea that is relatively undeveloped, making it ideal for those seeking privacy and serenity.Kudle Beach, which is located away from Gokarna’s bustling tourist attractions, is usually visited by foreign visitors looking for peace and leisure. Kudle Beach is located near Om Beach and Gokarna Beach and is well known for swimming and diving.This beach is a haven for nature lovers, and it’s the greatest location to go if you want to spend some time alone or with loved ones while taking in the breathtaking sunsets and scenery.

Paradise beach, often known as the ‘full moon beach,’ lives up to its name. To get to this beach, you can either take a motorboat from OM beach or half-moon beach, or you can hike down from half-moon beach. The beach at Paradise spans for about 150 metres and is a great place to swim and camp. Around 70% of the beach is covered with rocks, creating some picture-perfect photography vantage points.

Nirvana Beach’s alluring surroundings make you feel as though you’re in a surreal setting. The beach has a lengthy shoreline, and because it is off the usual path, you will rarely see other travelers.
If you’re going to Nirvana Beach, you should bring food and water with you because there are no amenities. Swimming is a fun sport to participate in, but you should avoid going too deep because the ocean has powerful currents and there are no lifeguards.

Read more about other attractions near kalavady farms by clicking here