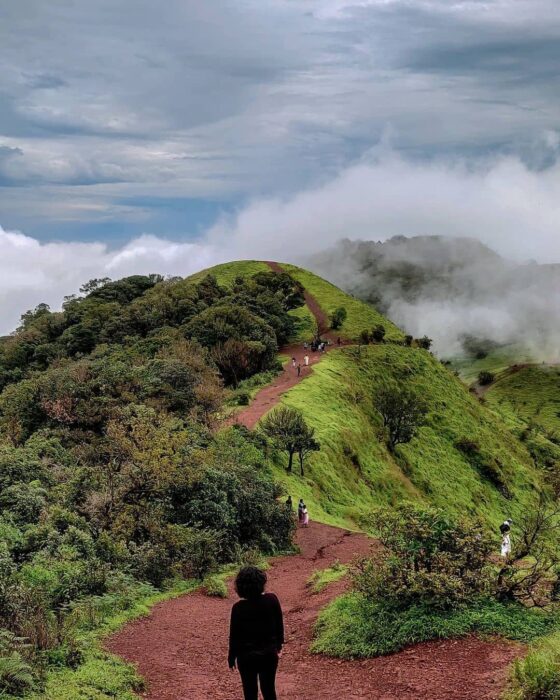 Posted by studio01productions on January 25, 2022 | Featured | No Comments

kodachadri hills is a densely forested high summit (1,343 metres above sea level) in the Western Ghats, about an hour’s drive from Kalavady Farms. The Karnataka government has designated it as a natural heritage monument. It is also Karnataka’s 13th highest summit. The name Kodachadri is derived from the local term “Kodacha” or “Kodashi,” which means Kutaja flowers, and the Sanskrit word “Adri,” which means mountain. In Sanskrit, “Kuţaja” signifies “hill Jasmine” or “Grimallika” (Wrightia antidysenterica). Kutajagiri is a steep location known for its “Jasmine of the Hills” flora. “Kutachadri” and “Kodashi Parvatha” are two more names for it.

Kodachadri appears to have piqued humanity’s interest from the dawn of time. [requires citation] In prehistoric times, a number of monolithic constructions known as menhirs were erected here. They were built using rocks that were more than 12 feet in length. These massive structures are only 20 kilometres from Nagara-Nilsakal. [requires citation] Near the peak’s summit lies a shrine dedicated to the Ancient Mother Goddess Mookambika. The temple is a prominent Hindu pilgrimage site, and it is supposed to be the site where Mookambika fought and slew the demon Mookasura thousands of years ago. People used to journey from Nagara state, a neighbouring location, in historic times, while Europeans hiked to the mountain in the 19th century.

Things to do at Natural Heritage Site – Kodachadri Hills:

Visit Ganesha Guha and Sarvanja Peetha on top of the peak, where Saint Adi Shankaracharya is said to have meditated. Ganesha Guha is a mysterious cave enroute to trekker trails and an ancient idol of Lord Ganesha can be found within the cave.
Trek to Hidlumane waterfalls, 5 kms from Kodachadri. Tucked away within the reserve forest, an adventurous trek to Hidlumane Waterfalls will help you reconnect with the natures abundance.
Enjoy the trek and sunset. On a clear day you might be able to see Arabian Sea at a distance as well as Kollur town.
Arasinagundi Falls (6KM from Kollur), Belakallu Theertha, Nagara Fort.

After the monsoon season, is the best time to visit Kodachadri (October till May).

Cities such as Mangalore, Udupi, Maravanthe, Kollur, and St. Mary’s Island can also be covered.

Accommodations in the vicinity of the Kodachadri Hills include:

On top of Kodachadri, there are no lodging choices. Anejhari Butterfly Camp, owned by Jungle Lodges & Resorts, is located near Kollur (37 km from Kodachadri) and offers tented cabins. In the adjacent town of Kolluru, budget hotels and homestays are available.